School board officials in Hamilton say they’re doing what they can to bring their classrooms into the 21st century.

“A classroom of today shouldn’t look like the classroom of 20 years ago,” said John Malloy, the Hamilton-Wentworth District School Board’s Director of Education.

To that end, the HWDSB hosted the first of three Director’s Student Voice Forums at Sherwood Secondary School on Thursday.

The premise is simple — educators ask students from different schools in the board what they want to see in their high school.

It’s a kind of town hall-style process that officials say lets students take some ownership of their school experience. Malloy says it invites students to think creatively, while giving them a voice.

“Too often, adults are deciding what students want and need.”

He says educators are teaching in a world where students are increasingly attached to smartphones and social media — so it would be foolish to try and keep students from using those tools.

“Why come into a classroom and tell students to put their iPhones away?”

And at this forum, they didn’t. Students were encouraged to tweet and liveblog their experience and ideas using the hashtag #HWDSBVoices.

Their tweets were then projected on a huge screen at the front of the auditorium. Malloy says that kind of real time interaction is crucial to driving student engagement.

“Because if we didn’t, it would just be more of the traditional,” he said. “And as educators, we have to do more to relate to the world today.”

A student voice
Students spoke up about a lot of things — but similar themes showed up. Bullying. Inclusiveness. A better curriculum. Increased extracurricular activity. Better food.

“I think improvements could definitely be made,” said Sydney Stenekes, a student trustee with the HWDSB.

“In the future, there are going to be a lot of new opportunities, especially in the workforce,” she said. “So more programs could be offered that allow students to discover their interests at a younger age rather than waiting until university.”

Closing down
When addressing the 200 or so students in attendance, Malloy said the HWDSB has had to make some “hard decisions about high schools” in the Hamilton area.

“We wouldn’t be having these conversation with students if the conversations about the buildings themselves hadn’t happened,” he said.

And while the students at Thursday’s forum won’t have to deal with the closures personally, Malloy says they have the opportunity to step up and help shape the experiences of those that are coming after them.

“It’s difficult for a sixth-grader to talk about his or her perceived high school experience,” Malloy said. “But now these students have a chance to serve the students coming behind them.”

“It’s an opportunity to engage in something positive after all the challenges we have faced.”

This is the second year the HWDSB has hosted these forums. Rob Faulkner, communications officer for the board, said that material from last year “went into a report sent to senior staff and has influenced programming.”

Feedback from this year is expected to be given to trustees in February.

Click Here to read what students had to say about the forum and their schools on Twitter. 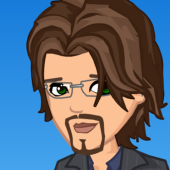 Our Student Voice Made a Difference